“The Ford is strong with this one…”

Home » “The Ford is strong with this one…”
Next

“The Ford is strong with this one…”

And now, you will witness the sweet wrap we did on this “fully operational” Ford Raptor!

A short time ago, in a city not that far, far away…

The owners of the Star Wars Raptor, Trey and Nancy Laymon, built their dream truck in Oskaloosa, Iowa.
The vision for the Star Wars truck started in 2009, when the Ford F-150 Raptor was first introduced. The Force was strong with this line of tough & sporty pickup, and once the Laymons ordered their dream truck, they began envisioning prototypes of the images for the vehicle. Nancy suggested putting Han Solo in Carbonite in the truck bed, and Trey started on the artwork.

The Darth Vader pictured on the hood and the driver side is Trey in his costume, photographed by Nancy. Featured on the passenger side is their friend, and fellow 501st Trooper, Chris Andrews. The mural on the back of the vehicle was created by SimonZ. Graphics were printed and meticulously installed on the truck by Beeline and Blue in Des Moines, Iowa . . . . 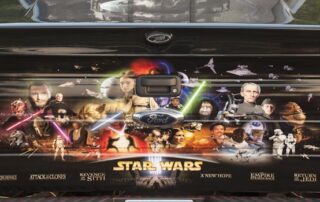 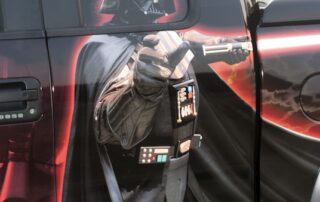 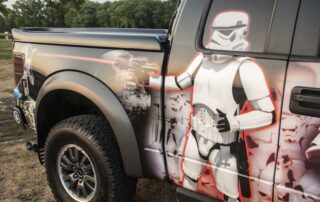 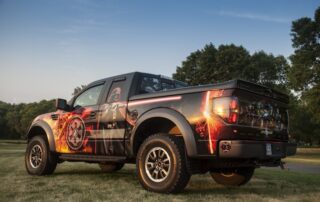 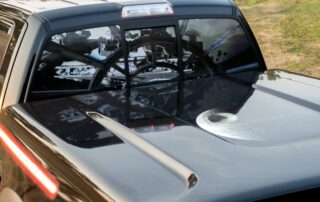 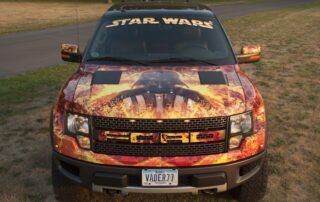 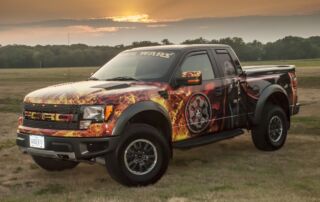 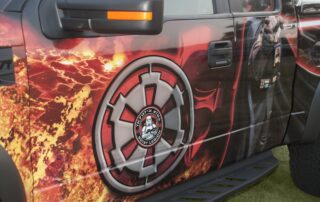